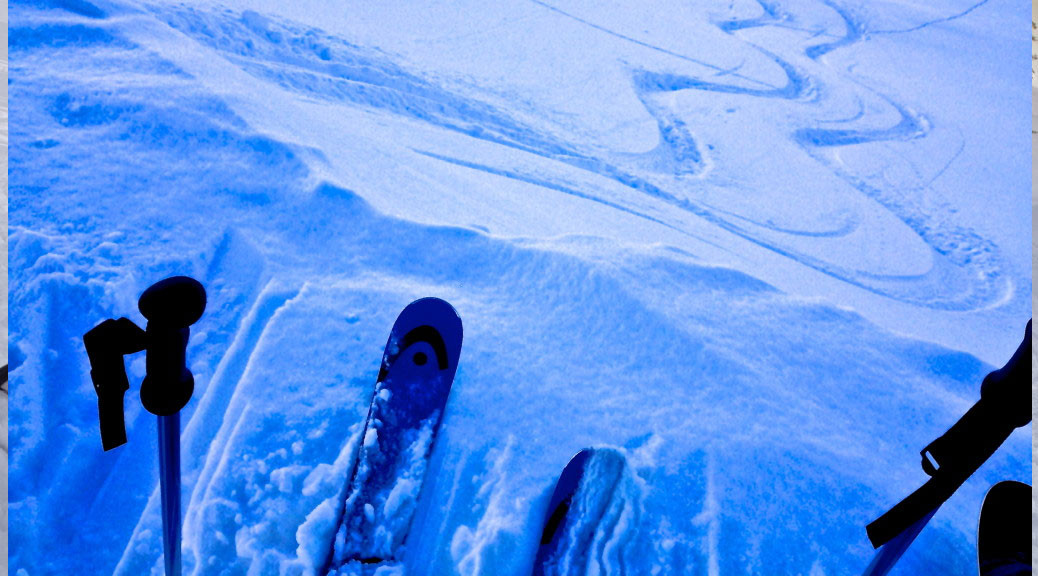 I took a pair of 2015 Head Rev 85 Pro skis to test for the week, and really gave them some stick. And wow, I’m going to run out of superlatives to use about these skis by the end of my post.

I have previously skied these bad boys on our dry slope and was very impressed, but my review was somewhat limited, now I had miles of ski runs to thrash at. The skis delivered with everything I could throw at it. I’m 5′ 9″ and I took the 177 ski length with me, which is arguably too long for my height, however short turns came surprisingly easy. The radius of the tip gave me boundless grip on my edges, I felt like I was carving a high-end race ski. The tip of the ski is wider, allowing the ski to lay its edge much earlier and with a considerable less amount of effort. This ski surpassed all my expectations, it’s not the narrowest of all mountain skis out there but it never felt like a handful.

If you’ve ever used the app ‘Ski Tracks’, it clocks how fast you’ve gone, how far you’ve traveled, your elevation etc. I managed a new record this year, 115 kmh (72mph) and at no point did the ski feel unstable. The carbon stringers from the tip of the ski cut out any vibrations or tip wobble that you would find in a lot of other skis. Head call this technology their ‘intellifibres’ – it sounds like nonsense but it definitely makes a difference. The ski was so effortless and I’m sure it made me look better than I actually am!

As soon as I took the ski into soft snow, the extra length really helped. The rocker on the tip of the ski gave me endless float and sat me high on the powder. The other four guys with the guide all turned up with huge 110mm wide skis with colossal rockers. I was standing there with my 85mm Revs, feeling slightly inadequate. I kept to the rear of the pack expecting a hard afternoon of skiing on improper skis. I was wrong. This ski was fantastic; it especially came to life at high speeds. My tips never dug in to the snow. This ski did it all; at no point did I want any other skis strapped to by boots.

The only small fault I can pick out of its performance is that at low speeds, it didn’t turn/float as much as something with a bigger rocker would. But lets face it, it’s not an out and out powder ski, it’s an all mountain ski. An incredible one at that. Perhaps the 85s bigger brother, the 90, would have made life easier but you soon forget about this issue. Opting for the 90, I wouldn’t have had as much control or response from the ski on piste – the younger sibling was the ideal ski for me.