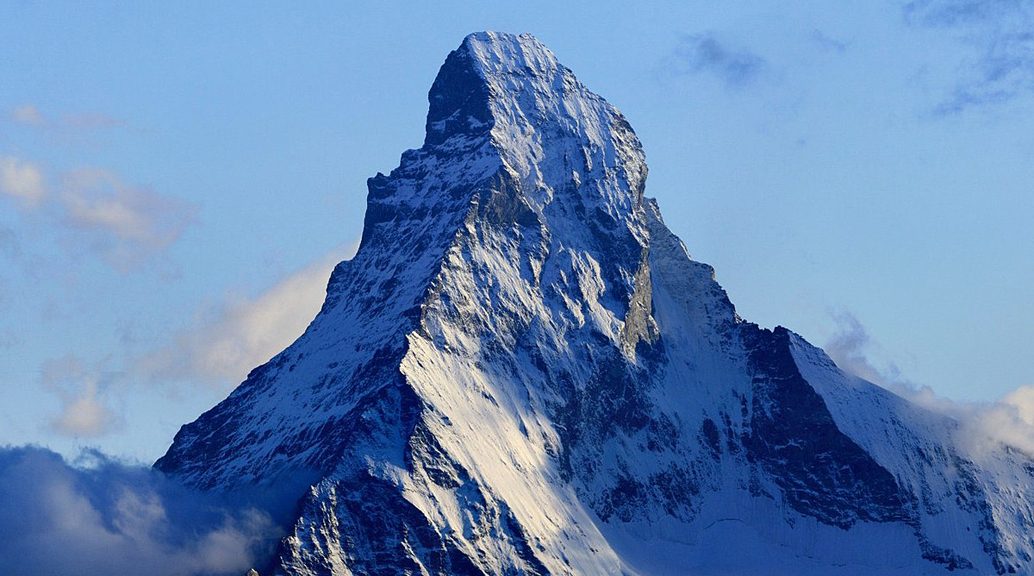 This isn’t a review of the classic Walt Disney film The Lion King; which by-the-way is excellent. No this is the nostalgic ramblings of someone who forty years ago, at the age of fifteen, travel to the Alps with the intent of climbing the Matterhorn and Mont Blanc!

Allegedly, at the time, my peers and I were potentially the youngest people to try this. But just as noteworthy; is that we all came from the outskirts of London, which is not renowned for its hills, let alone mountains!

How it all began

So how does a group of kids, more accustomed to playing in the streets, get to attempt such a feat! Well it’s all thanks to Rick Grice, and the London Borough of Havering (Havering)!

Rick was a keen outdoor pursuit participant, with a contagious love of the great outdoors. If hash-tags were about, back then, the Ordnance Survey’s #getoutside would have been running through his veins! He was infectious; he was also the ‘Advisor of Outdoor Pursuits’ for Havering.

Consequently, two bus trips away from my house, was a disused gravel pit called Stubbards. Not the vast complex that is now Stubbards Adventure Centre; but a few lakes where you could learn to kayak and sail. Havering also ran a minibus to Harrisons Rocks, East Sussex to learn climbing. Unknown to me at the time, but these were the same rocks that were so influential to the legendary mountaineer Sir Chris Bonington!

Throughout the summer, for a small fee, I would spend many days at Stubbards and Harrison Rocks. Soon a merry band of climbers formed, and at the end of summer Rick asked if anyone was interested in doing more climbing. At this point I am not sure if Rick had the alpine expedition planned, but he was keen to provide an opportunity for those interested in more climbing. We travelled to other parts of the UK – Derbyshire, North Wales, Lake District, Cornwall and ultimately Scotland – in the familiar Havering minibus. The numbers dwindled; until a core group of young people were offered the chance to go to the Alps and attempt the Matterhorn and Mont Blanc.

Intense training pursued. We travelled to the Highlands of Scotland in winter, and we improved our fitness by running up and down the stairs at the London Borough of Havering offices, before on the 21st July 1978 the expedition set off for the Alps – in two Havering minibuses!

We camped in the Chamonix valley; and our first objective was to acclimatise to the altitude and become familiar with ice. We had practiced ice-work in the Highlands of Scotland; but here we had massive glaciers. I understand these glaciers have now receded an astounding amount, since we were on them in the 70s, a result of ‘climate change’! We climbed the Aiguilles (needles), that overlooked the valley, and notch up many classic routes. All in preparation for the instantly recognisable Matterhorn (4,478), our first objective!

We slept on a small ledge, part way up the Hörnli ridge, ready for a sunrise attempt on the summit – in fact we would start in darkness. In summer the snow and ice will melt, on the mountain, which can instigate rock falls. Consequently time is your enemy! 400m from the summit a small team, including me, had run out of time. Rick knew we couldn’t make the summit, in time safely, so we had to turn back. Disappointed at being so close, we made our way back down. Later that same day we heard the news that a ‘handful’ of climbers had died, in a rock fall, on the Matterhorn!

After some rest, and a few more peaks, we focused on Mont Blanc (4,810m); the highest mountain in Europe. We spent the night in the Gouter Hut, ready for another early morning ascent. The hut was not as big, back then, but still extremely popular; as I remember sleeping curled up next to the u-bend under the kitchen sink. The following morning we climbed the Bosses ridge to the summit. Unfortunately no spectacular summit views, because we were in white-out conditions, but triumphant in our success!

Since that trip to the Alps, I have taken part in many outdoor pursuit activities with Rick, and fallen ‘in love’ with the great outdoors! Time spent in the mountains, rivers, lakes and sea; is time well spent. My family and I love the great outdoors!

Rick died the summer of 1986, I understand attempting to reach two other friends and colleagues who had fallen on a climb in the Alps. There is a memorial climbing wall at Stubbards Activity Centre dedicated to him. I do believe many people have, and will continue to be introduced to outdoor pursuits, thanks to Rick.

So why ‘Circle of Life’? Presently I am the manager of Tallington Lakes Activities Ltd; a disused gravel pit in Lincolnshire where we introduce people to kayaking, sailing and climbing. We also offer other activities such as stand-up paddle boarding, open water swimming, skiing and snowboarding. And coincidently there are no notable mountains, or hills around us.

I am most-definitely not as competent as Rick, in climbing, mountaineering, kayaking etc; and although passionate about the great outdoors, nowhere near as infectious. But I do manage a team of young people who can show you a new activity; a new activity which, like me, may inspire you to #getoutside!