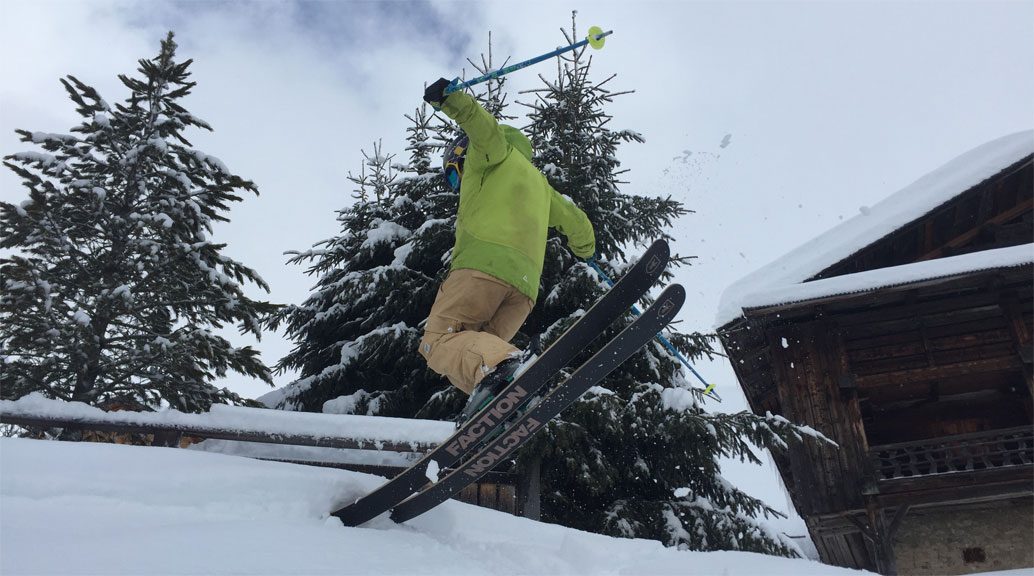 With help from their amazingly talented team of athletes, including Candide Thovex, Faction are  renowned for making world class skis. Their recent edits and full length films, especially ‘This Is Home’, really show the diversity they have in their skiers and the skis they make.

The Candide range of four different skis cover all bases for any type of shredding on the mountain. Whether you like sending huge straight airs off cat tracks, bouncing through powder in the backcountry or ripping around the piste or park, Faction have got it covered. The four CT skis vary in size and flex but share an attraction of being fun, playful and ‘rippable’ skis in differing terrain. Obviously the dream would be to have all four skis in the quiver but when the budget is tight it’s decision time!

I chose the CT 2.0 because I was looking for a new playful ski that will enable me to learn butters, be light in the air for trying new spins and still be comfortable on crud and cruising home in the powder. The poplar/beech core is light, strong and responsive making it a great ski for extra pop and control in the air, not forgetting being buttery soft. With their carbon reinforcement underfoot, the impact of heavy landings is spread, whilst hard packed, cruddy terrain is dampened. The symmetrical shape of the 2.0 has made it easier to link and flow between turns whilst skiing switch and gives confidence for landing backwards. While this ski is ‘freestyle at heart’ it’s flat camber and tip and tail rocker mean it maintains a good edge on piste and still floats over powder effortlessly, making it a great all-round ski.

Overall the 2.0 is a lightweight, soft but strong ski with enough underfoot to be fun all over the mountain. Combine this with its slick, simplistic design and you have a very sexy ski. 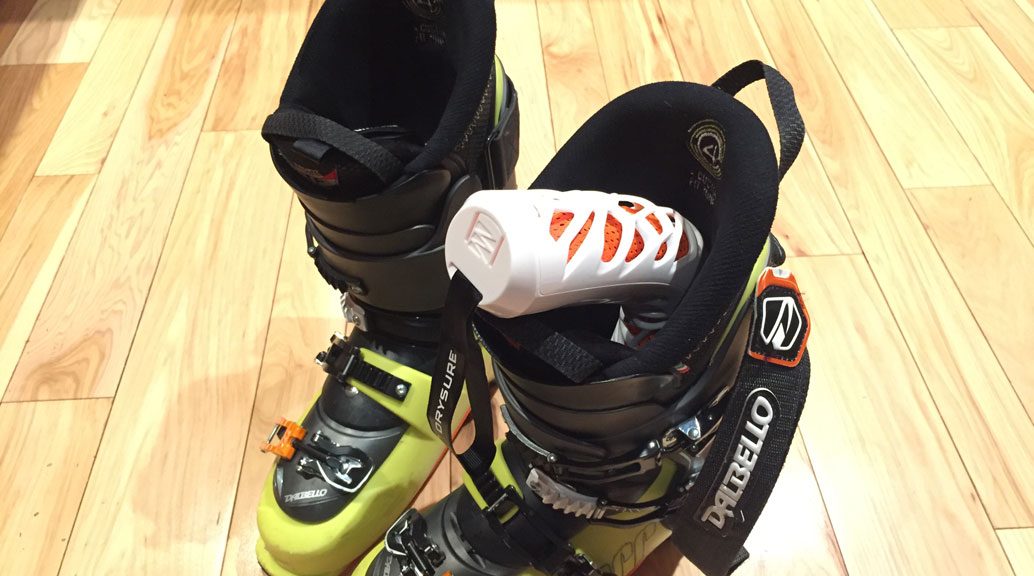 Coming into my first extended period of skiing (a season’s vacation in Vail CO); checking all my gear was up-to-scratch was a massive part of my so called ‘pre flight checks’: new powder skis, new outer shells, base layers, mid layers, helmet and all the other usual bits a week at a time skier needs. It wasn’t until my mother made the point about my boots smelling rancid after a week’s skiing, that I thought “I could be in for a smelly few months”! With the plan to get as many days on the mountains both alpine skiing and touring; it was a problem I was keen to solve.

Having worked at Tallington Lakes as a boot fitter, I am not keen on using the normal boot dryers. Heating the boot even very lightly without my foot being in the boot to hold the foam in place seems a bit counter productive to the extensive moulding processes that is offered at the Pro Shop; in my opinion. So when I was introduced to the Drysure Boot Dryers, I was intrigued. The appeal of not adding heat to dry the boots perked my interest; and secondly the versatility of them, being able to throw them in a bag on hut trips and have dry boots in the morning after the previous days hiking is a nice concept. After using them for almost 50 days on the mountains I can’t believe how well they have worked at drying my boots over night, at room temperature, and most importantly the odour reduction of my boots. My boots smell fresher after 50 days skiing with Drysure than a week’s skiing with conventional drying.

Drysure works by absorbing the sweat and moisture into the Desiccant Silica Gel inside the boot dryers. This helps to, firstly, dry the boots but also, because the sweat is absorbed, bacteria doesn’t have chance to grow which is the cause of the rancid smell. The rancid smell does not come from the sweat itself, it actually comes from the bacteria breaking down the proteins in sweat. No bacterium also means cleaner and healthy boots, and feet because foot fungi are eliminated.

The dryers are easy to maintain. After 10 or so used you can easily remove the silica pouches from the hard shell and place them on a radiator, or in front of the fire, to dry the Silica Gel pellets inside and recharge the effectiveness of the dryers.

For a relatively inexpensive item, that will easily fit in your boots whilst travelling, I will never fly anywhere without my Drysure Boot Dryers again. The versatility of being able to take them on hut or camp trips, and the effectiveness of the technology,  means that wet, smelly boots are pretty much a thing of the past; much to the appreciation of my mother!