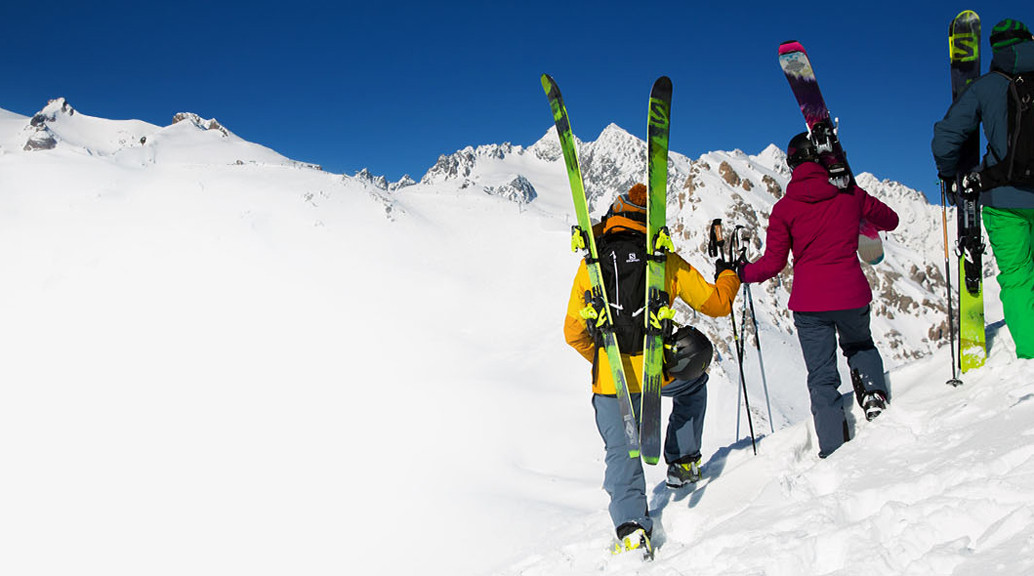 How aware are you about the risk of avalanches? One of our guys  jumped at the chance to improve his knowledge with Salomon Mountain Academy. Their website offers a theoretical course of eight modules for just €29, but they do the first introductory chapter for free. So it would be foolish not to check it out. Here’s his thoughts:

The chapter took around 15-20 mins to complete, and each subsection was a mixture of video, text and pictures. It gave me enough information to realize how ignorant I actually am when I go to a resort; and actually how lucky I have been in the past, blindly following better skiers than me around off the sides of runs etc. Its what we all do to get better and push ourselves right?

Some of the bits will be pretty self explanatory to people that have skied a few times, however there are some very interesting bits of information. One of the biggest statistics, that opened my eyes, was that 55% of Avalanche deaths happen with a Level 3 Avalanche Risk, and only 1% on Level 5. Basically most of us are sensible enough to know not to venture off the pistes in a Level 5 but a Level 3 seems to be an acceptable risk, being middle of the scale, despite it officially translating as “Considerable Risk“.

The chapter finished with a multiple choice quiz, which had some questions in which I guess are covered in other parts of the course. Again opening my eyes to how little I know. Consequently, I’ll be reading up on the whole course before heading off next week!

On a side note, Epic TV are doing an short video series on ‘off piste skiing’ with Graham Bell from Ski Sunday. Also worth a look! The series aims to explain how to prepare your gear and yourself before heading into the mountains for your backcountry adventure.